What is tibial hemimelia?

Tibial hemimelia, also sometimes called congenital short tibia, is a birth defect in which all or part of the tibia (shinbone) is missing. There also may be ligament instability at the knee, and a clubfoot-like appearance (i.e., foot twisted inward) is present in nearly all cases. In severe cases, there is no kneecap, and the thigh muscle that connects to the kneecap is missing or deficient. Tibial hemimelia is extremely rare, affecting only one in a million children. Despite this rarity, we see this condition at the International Center for Limb Lengthening regularly, as we are a referral center for rare and unusual conditions.

How is tibial hemimelia diagnosed?

Sometimes, the deficient tibia is found on prenatal ultrasound, but more commonly it is first discovered when the baby is born. Plain X-rays are generally all that is needed to make a diagnosis, but in certain cases, ultrasound or MRI scans are used to get additional  information about the kneecap and the upper tibia.

How is tibial hemimelia classified?

The most commonly used classification system is the Jones Classification, which includes four types. This covers the vast majority of cases and has stood the test of time. Other, more complex classifications are available, such as the Weber classification, but are rarely needed. 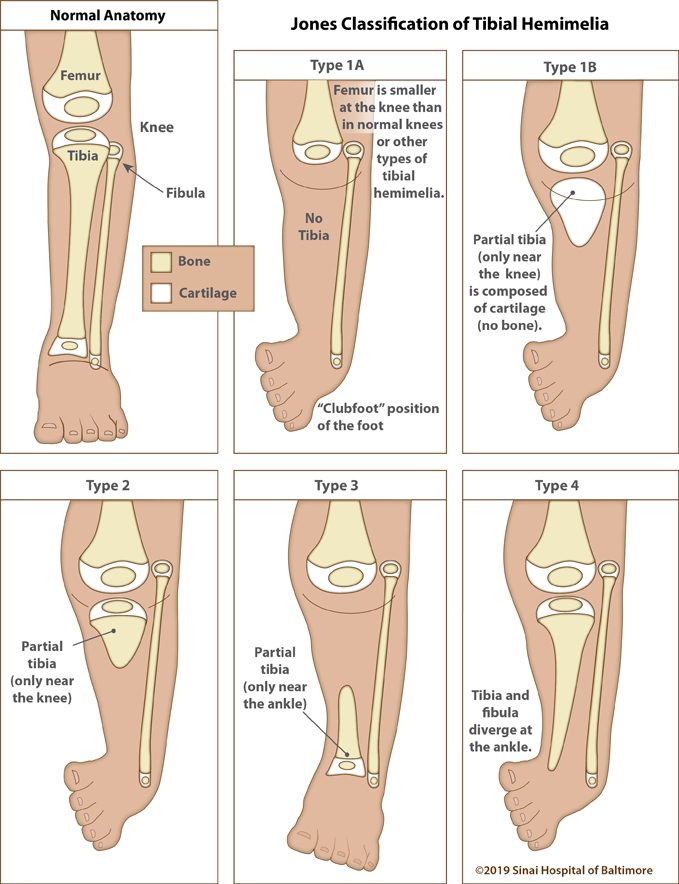 What is the recommended treatment for tibial hemimelia?

The recommended treatment varies according to the type. For Jones Type 1, the most reliable treatment with the best outcomes is to disarticulate (amputate) through the knee joint. The child is then fitted with a prosthetic limb. Children adapt very quickly and easily to this, and only have a slight limp. In a few cases, it is possible to reconstruct the upper tibia using the kneecap, if present, to substitute for the upper tibia. This avoids the need for amputation. This is called the Weber visor procedure, and it has mixed results. Most children still require heavy bracing after the Weber procedure, and several lengthening procedures are also required.

For Jones Type 2, the fibula is transferred underneath the upper tibia to create a full tibia. The foot is then either brought underneath the lower fibula and fused into a solid position, or alternatively, amputated, and then a below knee prosthesis is used. Children with below knee amputations (Symes) can walk virtually without any detectable limp.

Jones Type 3 is so rare as to scarcely exist. In practice, Jones Types 1, 2 and 4 will cover about 90% of all tibial hemimelia cases.

For Jones Type 4 (Congenital Diastasis), we typically do an osteotomy of the bones (tibia and fibula) just above the ankle joint, and reorient the foot out of its initial clubfoot position. Subsequent lengthenings are done as needed. There is no need for amputation in Jones Type 4, despite medical literature that advocated for amputation in the past.

Why choose the International Center for Limb Lengthening for treatment for tibial hemimelia?

Limb lengthening and deformity correction are complex processes. Your doctor at the International Center for Limb Lengthening will take the time to make sure you understand all of your options and then will customize your treatment to meet your specific needs. Our patients benefit from our team-centered approach with world-renowned pediatric and adult orthopedic surgeons and specialized physician assistants, nurses and physical therapists. We help patients with tibial hemimelia achieve their best possible result. 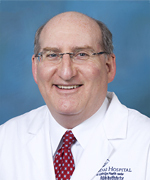 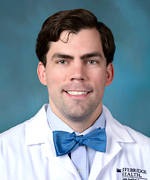 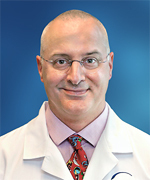