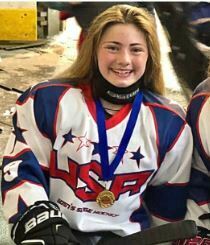 In 2017, Brooklynn’s mom, Jennifer, reflected on the time when Brooklynn was first diagnosed. “As a parent it was very scary. We saw specialists in Ohio and the only option they offered was to amputate…. 13 years ago this summer we visited RIAO (the Rubin Institute for Advanced Orthopedics) for the first time. I remember walking through the parking lot, not knowing what our future held as far as treatment was concerned, and praying for some options other than amputation. Little did we know what an important visit that would be for us or what an important part of our lives some of the people we met that day would become. Back before the day of social media, the team at RIAO were the ones we relied on so heavily to make the decision to rotate.” 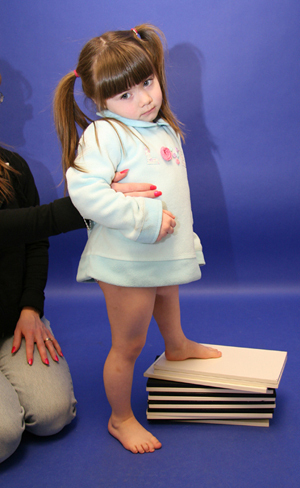 After considering femur lengthening for two years, it was decided that Brooklynn would be better served by having rotationplasty surgery when she was four years old. In this surgery, the lower leg and foot are rotated 180 degrees so that the foot is positioned where the knee used to be, with the heel portion in front and the toes pointing backwards. The ankle then functions in place of the knee joint. Placing the ankle joint in the position of the knee creates a functional, natural knee. The foot then fits into a prosthesis. The end result leaves patients with greatly increased mobility compared to the more traditional above the knee amputation and prosthesis.

Brooklynn has taken full advantage of that increased mobility for cheerleading. She is also very active in adaptive sports including wheelchair track and field, where she threw shot put, and took first in the 100, 400 and the 800 races at a state track meet. She began sled ice hockey in 2015, and was so successful that she made the 2017-2018 Women’s U.S. National Para-Ice Hockey Team. That year, her team brought home a gold medal from the Para-Ice Hockey World Cup held in Ostrava in the Czech Republic!

Her mom shares, “Attending Amp Camp [a camp for youth with limb loss or limb differences] in Southern Ohio was life-changing; there was so much healing in getting to share stories with other children going through the same things. Earlier that summer Brooklyn didn’t want to wear shorts to school; she was self-conscious. But after camp, she decided to try out for cheerleading despite the short skirts.”

Brooklynn shared she is “glad they [her family] chose rotationplasty of all the choices. I would have chosen this too.”

Brooklynn’s mom, Jennifer, explains, “As a parent, you want what’s best for your child. If I had a crystal ball to see all the things she can do, it would have been a total no-brainer. She has been very successful.”

Brooklynn agrees; “my life was changed for the better.”