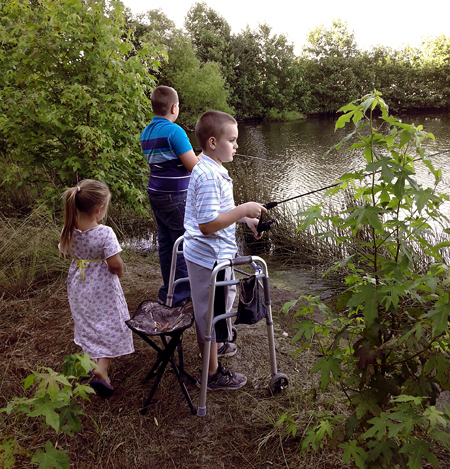 Wyatt’s mom, Meredith, shares that in coming to the International Center for Limb Lengthening, she was very concerned as to whether Wyatt would get his childhood back, and whether or not he would have a decent adulthood. She writes, “Wyatt had blood flow return to his femoral head within 6 weeks of his surgery, instead of the [expected] 12-18 months. He underwent the core decompression, stem cell injection and had an ex-fix [external fixator] applied. One year later, life is nearly back to normal. He still needs to do stretches every day and has more ROM [range of motion] to regain, but we are thankful!”

She adds, “We were very happy with Dr. Standard and PA [Physician Assistant] Chris Fisher. We felt that the two of them together gave us a very rounded out idea of what to expect. They were happy to answer questions we had. We would highly recommend Dr. Standard. The wait times in the clinic are often long, but it’s well worth it!”