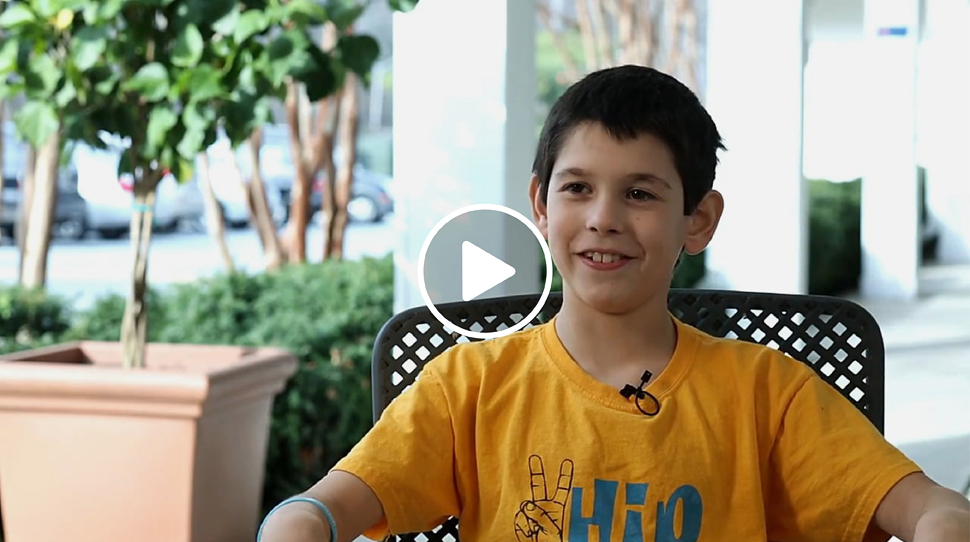 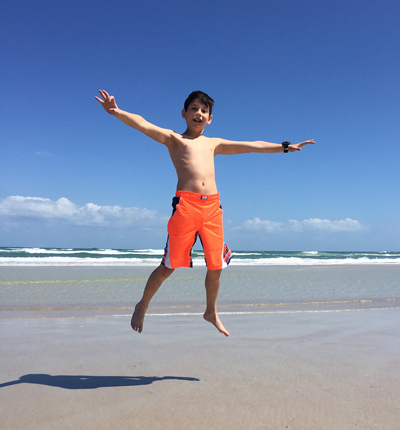 It has been several years since this video has been filmed. At the time of the video, Jackson was nine years old and still undergoing treatment for Perthes disease. At a follow-up appointment, Dr. Shawn Standard declared that post-treatment “on a scale from poor to good, Jackson’s hip is excellent!” His mother, Minzy, says that thanks to the treatment he received at the International Center for Limb Lengthening, “Jackson got his life back. Before he couldn’t run and jump like a normal kid, and now he’s back to doing all of that.… It was hard, but it was worth it.”

His family thought back to the day Jackson first got the okay to run again. “He was so excited that he just ran back and forth on the Hackerman-Patz House lawn!” his mom remembered. Jackson shared that he is now enjoying playing soccer during recess—especially when he gets to be goalie. He also loves playing on the basketball team.

Jackson’s mom shares that when they learned Jackson had Perthes disease, they were relieved to find the International Center for Limb Lengthening. She explains, “We live in Canada, and there wasn’t anyone who treated Perthes there. If you do any research on Perthes, Dr. Standard’s name comes up. We attended one of Dr. Standard’s online chats and sent X-rays, and Dr. Standard said to come for a consultation. We saw a lot of doctors, and Dr. Standard was the first one who spoke to Jackson. He drew pictures and explained things to him—not just us…. In Facebook Perthes groups, anytime I can recommend this hospital and Dr. Standard, I do.”