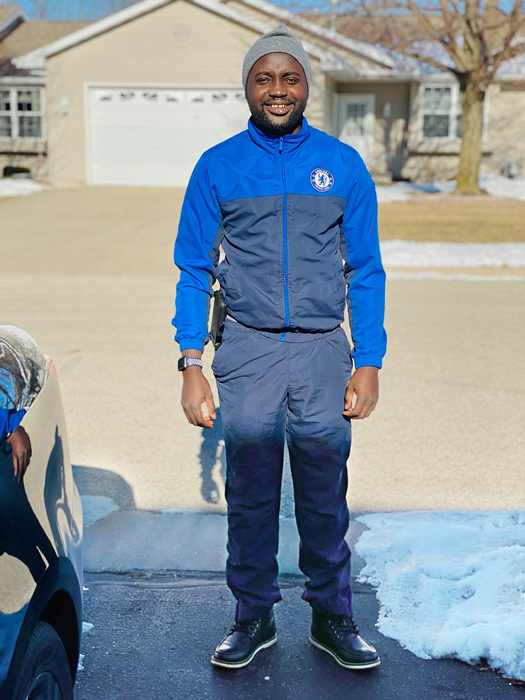 “It has been life-changing,” Ebou shared when asked to describe his treatment journey in a recent email. Originally from Africa, Ebou had polio as a young child and a deformity of his left foot and ankle that grew worse and worse as he grew up. “I had to be in a wheelchair for a while, and I hated that, so I learned to overcome it and even ride a bicycle. I played soccer and was actually kind of good at it! My leg was also 2 inches shorter, but I used a lift, so it was hard to tell.”

Ebou came to the United States for college, got married and had two children, and began what has been a very successful career in IT, but it was still very painful for him to walk and perform daily activities, because his foot was so severely twisted that he was forced to walk on the side of his foot. His sister-in-law did some research to see what treatment might be available, but Ebou was not sure. “I had overcome living with this already, but I spoke to my wife, and I spoke with my brother. He said, ‘What do you have to lose?’ so I decided to see Dr. Robert Anderson, a colleague from Dr. Bibbo’s former practice in Wisconsin, and he referred me to Dr. Bibbo.”

When Ebou came to the ICLL for a clinic visit while he was still wearing an external fixator a year ago, he shared, “I have a son who is two and my daughter who is five months. I want to be able to play with them, go to the park with them, teach them how to play soccer.” 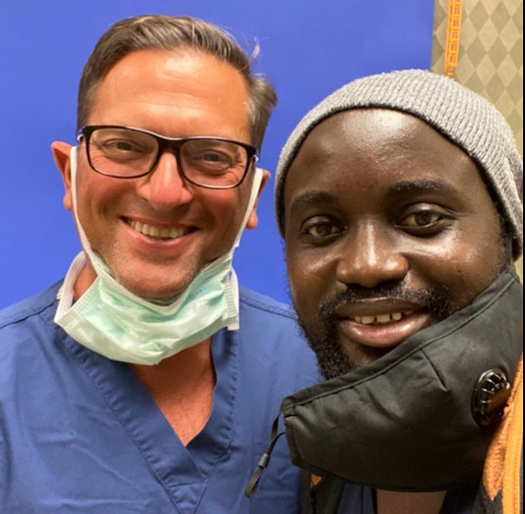 Now a year later, his foot and ankle have been corrected, and his shorter leg has been lengthened. He shares, “My lifestyle has changed. My confidence has grown drastically, and it just blows my mind when I think of how my foot was… a year [ago]… It has been a massive change…. I am excited for what the future brings…. I am happy for my children, just because I get to play with them and do fun stuff with them, whereas before I couldn’t do a lot… of physical [activity] due to pain.”

“I have nothing but mad respect for Dr. Bibbo. Whenever I reached out to him with a question he would respond right away. The way I walk changed; I have felt no pain since my last visit…. I appreciate Dr. Bibbo, his team, and all the nurses who took care of me during my surgery…. They changed my life… [and] they have no idea what it will do for me and my family.”