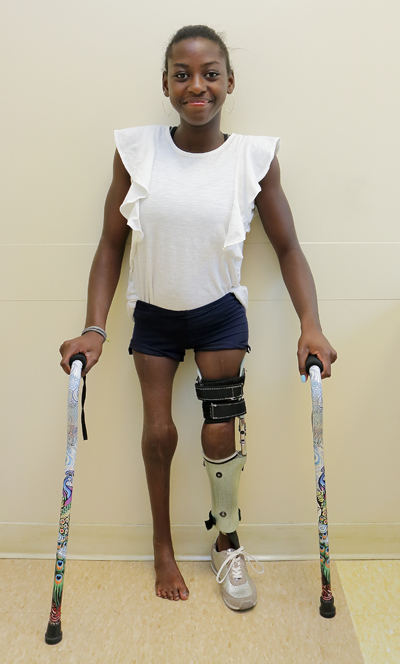 Melissa first came to the International Center for Limb Lengthening as a five-year-old from an orphanage in Haiti. The family who hosted Melissa during her extensive treatment here developed such a strong connection with her that she became a permanent member of their family.

Melissa was diagnosed with club feet and a rare condition called arthrogryposis in which the muscles in both her legs were extremely weak and her joints contracted so that her legs folded up like a pretzel. She was only able to move around by crawling on the ground using her upper body.

Now she is a teenager and is able to stand tall thanks to multiple comprehensive surgeries by Dr. Shawn Standard, help from the Save-A-Limb Fund, the support of her loving family, and her own positive attitude, strength and courage.